What is Double VPN?

Double VPN is a feature that allows you to use not one, but two VPN servers. Such a multi-hop connection comes with double encryption and extra IP address support. One important distinction from a standard VPN connection is that you sometimes have no preference between servers and have to choose from the available pairs.

Double VPN is not popular. Currently, most providers don’t have it. This reasoning is comparatively low popularity due to a substantially slower connection. If the traffic runs through two VPN servers, thousands of miles away in separate countries, the slowdown becomes inevitable.

Also, double encryption is extremely resource-demanding. Despite all the drawbacks, Double VPN can be a useful choice, particularly for certain groups. If you’re a political activist or writer who reports on controversial subjects, extra protection is always a good idea. From this standpoint, two separate VPNs could be even better.

Install Your VPN on Both Systems

Today, Internet connects more people and devices than ever before. But, as this global link develops, so do the ever-evolving cybersecurity threats out there. Many security tools and infrastructure have been built to address ever-increasing threats to your privacy and security online, including VPNs and dual VPNs. If you’ve confused all the various VPN options, don’t worry. We’re going to break down everything we know about VPNs and double VPNs The original double VPN was just two virtual networks chained together. 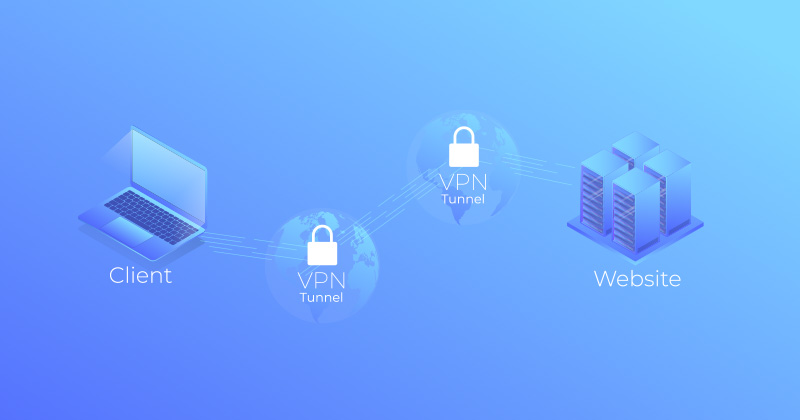 From that idea came today’s double VPN. Before diving into double VPNs, however, understanding the basics of VPNs is necessary (Virtual Private Networks). VPN builds an encrypted tunnel between your device and the VPN server. All traffic you send is first encrypted by your VPN, then routed to the VPN server via this tunnel. A double VPN adds another stable tunnel and VPN server. If your VPN usually provides 256-bit AES encryption, using a double VPN doesn’t mean you have 512-bit encryption. Instead, using a double VPN means your traffic is re-routed (and ideally encrypted) twice.

Although there are various forms of double VPNs, the general concept is to use two (or more) protected tunnels together. First, there’s a link between your machine and VPN. A second encrypted tunnel is then formed between first and second servers. Ideally, all the traffic is then encrypted and re-routed successively into these two protected tunnels. This is known as VPN server cascading, the central concept behind double VPNs. For a double VPN, the actual IP address is masked twice, not just once.

Multi-Hop VPNs are another type of VPN server cascading, synonymous with double VPNs. With a multi-hop VPN, you’re not limited to just two simultaneous VPN connections, but you can have multiple VPN connections simultaneously. True to its name, a multi-hop VPN sends your traffic hopping across several servers to the public internet. Instead of two servers, the traffic will go through three or four servers – each adds a new layer of encryption and another IP address.

Multi-hop VPNs can be broken into two types: the “cascade” and the “nested chain” option A “cascade” configuration uses one primary VPN service and two or three VPN servers. Your IP is updated at every hop, your data is decrypted and then re-encrypted before being sent. The second form of multi-hop VPN setup is a “nested chain” utilizing two or more separate VPN services with a variety of locations. A “nested chain” provides better protection against a weak VPN service or server.

Setups “Nested chain” are not provided by individual VPN providers, but involve set-up by a tech-savvy individual. In fact, this configuration involves running one VPN over another, a topic we will address in the next section. Yeah, you can VPN on a VPN. In reality, you can either use one VPN on your router and one on your device or one on your device and run the other on the same device. What setup you want, we suggest using two separate VPN providers for optimal security Want to use a VPN on a VPN and build your own dual VPN? Here’s how to:

Default Double VPN was never planned. That’s so many providers really aren’t planning to introduce it. For eg, if you want to safely torrent or unblock a streaming site like Netflix, you can do fine without multi-hop. If you plan to use it, don’t ignore these disadvantages: Less speeds. This is Double VPN’s main downside. You probably already know a standard VPN link reduces speed, but when you add a second server and extra encryption, those Mbps can get pretty tiny.

But if you want to watch 4K videos and download big files quicker, leave Double VPN off. No Tor on VPN. You can’t mix these functions. Although the Tor browser and Double VPN switched on will surf the web, speed will be slower than a limping snail. Again, this drawback does not extend to plugged-in computers, but you can predict smartphone battery drain faster. Top Virtual Private Networks deliver at least 50 countries.

Sadly, the usable server list is significantly reduced with Double VPN. In short, Double VPN’s key disadvantages are reduced speed and poor server selection. On the other hand, if you have a fast link, you will not have a major drop-off pace. As for the lack of server choices, the most popular destinations, such as the US or the Netherlands, will be enough for most users. @10@ Double VPN is safer than standard VPN connections, even if the provider is not using double encryption. Your IP address is concealed behind not one, but two, VPN servers. Moreover, double-encryption allows virtually no brute-force attack.

Another explanation why Double VPN is much better than a standard VPN link is data splitting. When linked to a VPN server, it has your IP address and traffic destination. With Double VPN, one server has the IP, but not your destination, while the other has your destination, but not the IP. It should have a strict no-logs policy; otherwise, when using one, there’s no need to use two logging servers. That’s why the best idea is to select a provider that the court has independently audited or proven its policies.

You can also select a VPN with RAM-only servers, which simply cannot log your traffic. Finally, pursue privacy-friendly authority, leak security, and a clear kill switch. @11@ A double VPN provides some kind of online privacy that would be hard to get otherwise. Using one makes it almost impossible for someone to track particular activity back to you. A dual VPN’s most important advantage is that the chain’s second VPN server never sees your actual IP address. The first server ensures that.

This covers the identity under another solid defensive shield. Your ISP will also keep in the dark where your data actually goes. For this, destination is the second VPN server. The ISP has zero visibility in what happens after that. With a double VPN, you even bounce your data between completely different locations (maybe even different continents). This discards any possible activity monitoring at either end of the link. Say you’re in Asia, connecting to a US VPN server via a second African server. 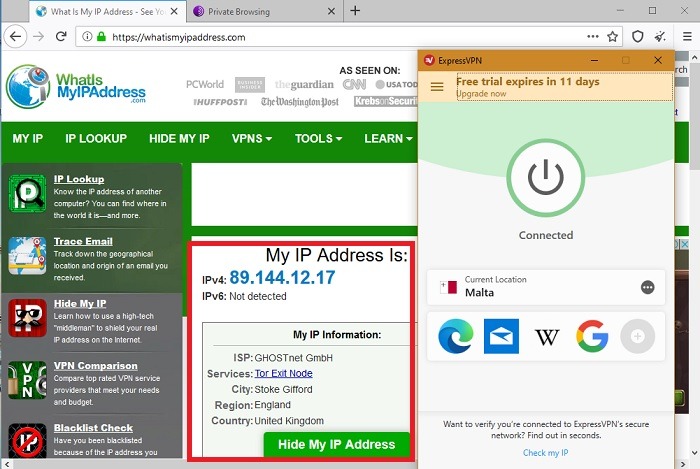 Anyone in Asia would think you’re accessing resources in Africa. Anyone snooping in the US would think you’re in Africa. Combined with the double IP turn, a major disconnect. If someone tries to put together what really happens, I say good luck to them. Double VPN & How to Chain VPN Servers – Boost Your Online Privacy! It’s said that VPNs are the most effective way to encrypt your files. But what about moving one step further, using so-called double VPN? Can VPN servers be chained and the data run through two servers at once? Don’t worry, this article will answer all your answers. We’ll start by saying that chaining VPN servers is pretty fast. You can either use a specialized dual-VPN service or build a custom scheme using a virtual machine. We’ll clarify it clearly so that even novice VPN users can make sense of this setup. Concluding Double VPN is a versatile feature for extra protection and privacy. It’s not that common because of your connection’s toll, but the double encryption makes you much safer online. Therefore, if you live in a country where internet freedom is limited, or you’re a journalist writing about a sensitive topic, then Double VPN could be your best bet to remain anonymous. Even if you “have nothing to hide,” turning on this option when recommended on public wifi. Few providers offer this feature, but generally reputable organizations do. They do not log traffic and are serious about protecting their customers. If a multi-hop VPN is inaccessible, try merging two different applications, or use a browser extension instead of a second.

Is Double VPN Safer than a Regular VPN Connection?

Double VPN is much safer than a regular connection to your country’s internet service provider. It not only blocks hackers but also prevents data leaks with the use of two encrypted servers in different locations around the world, which ensures that no one will be able access either you or any information on its way through these channels because they can’t figure out how it was sent without knowing both ends first! Double VPN is safer than a regular VPN connection, and it’s less vulnerable to attacks. Your IP address and traffic destination are hidden behind not one but two servers with double encryption that makes any brute-force attempts virtually pointless! And when you connect through our trusted network of top partners in dozens of countries around the world like Amazon Web Services or Google Cloud Platform as part protection Double VPNS data split occurs where each server has only its corresponding information– neither knowing what is being communicated by either end because everything gets routed through an intermediary before reaching them (i).e., even though they’re both using identical setup programs on their respective devices. How To Set Up Double Vpn

In practice, double VPN could be set up in a number of different ways.Native Method: For some services I’ll use Surfshark as an example here; they have what they call the multihop feature where you can choose from preset series servers and your traffic will be encrypted through them all automatically (without having to manually switch between each one). They don’t give users much choice other than accepting these options when connected without any customization options though so it’s important not just for security purposes but also convenience sake if possible! Multiple Provider Strategy: Another option would be connecting via 1 vpn provider then switching while VPNs are a great way of securely accessing your network while away from the office, but not all services offer double VPN. Native Method: For some companies I’ll use Surfshark as an example because they have what they call “Multihop” feature that lets users choose preset series servers through which traffic is encrypted and routed with different settings per country or region; this isn’t possible if you want complete control over where each server communicates on behalf’s individual connection (no matter how many hops there may be). Multiple VPNs Method: Another option would be connecting via one virtual private nurse then switching between them until we find our desired location. 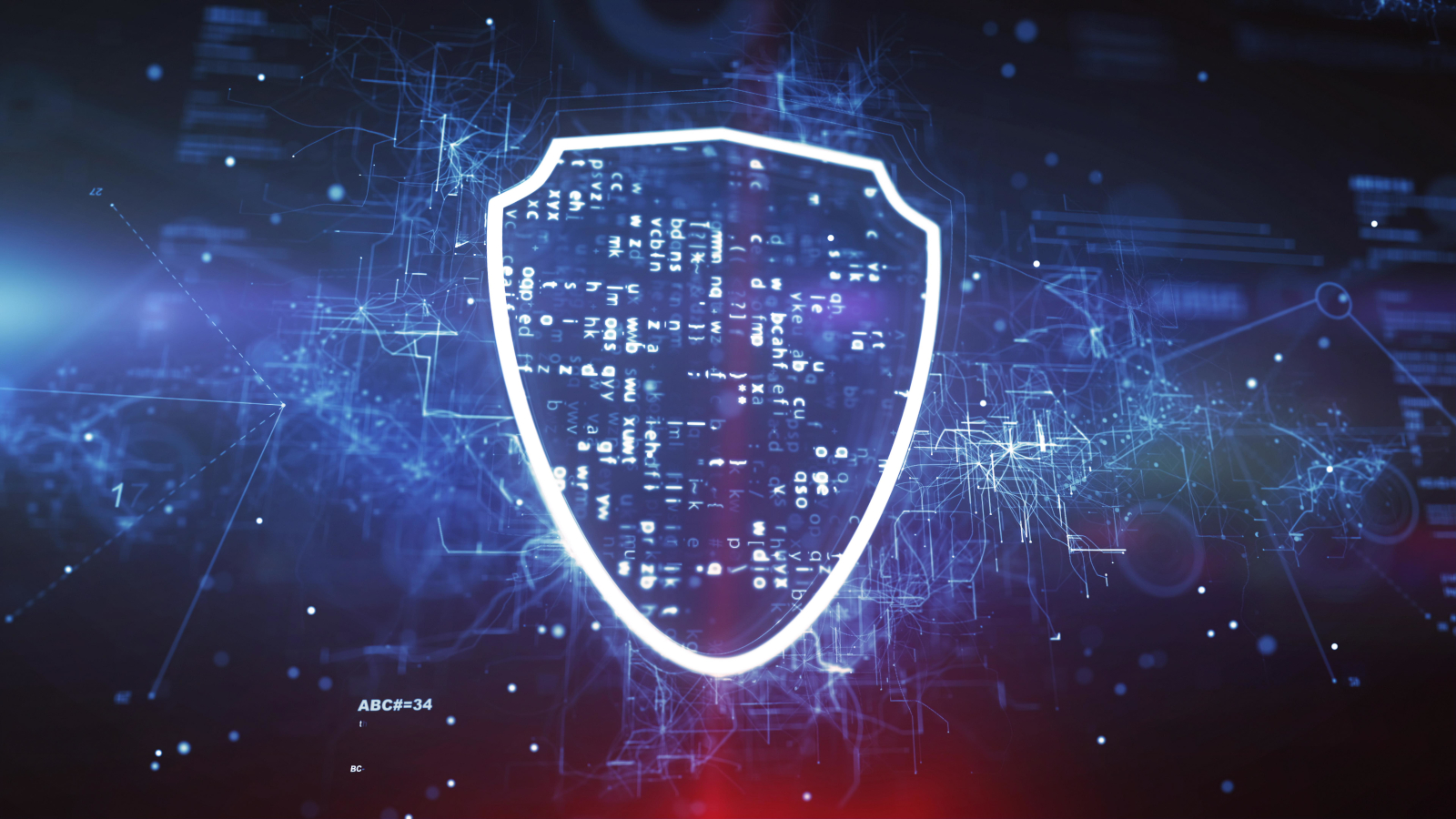